Following the release of this years acclaimed new album ‘On Her Journey To The Sun’, Rikard Sjöblom’s Gungfly are pleased to announce a limited 5CD boxset celebrating 10 years of Rikard’s history titled ‘Rumbling Box’ out 16th March 2018. The set includes the albums Cyklonmannen (2006), Please Be Quiet (2009), Lamentations (2011), The Unbendable Sleep (2016) as well as the unreleased album ‘Att För Barn Som Tror På Sagor Läsa Högt När Kvällen Kommer’ from 2015. Rikard Sjöblom is perhaps best known as the multi-instrumentalist front-man of Beardfish, who established themselves as one of the most consistently brilliant modern-day progressive rock bands over the course of eight studio albums. In recent years, he has also become known for his work with English progressive collective Big Big Train, playing live with them as well as performing on their 2016 album ‘Folklore’ & 2017 release ‘Grimspound’.

Rikard has also put together extensive liner notes on all the albums, and you can find an excerpt here: “I’m gonna try to remember how Rikard Sjöblom’s Gungfly came about. I’m gonna start off by discussing (with myself that is, in true schizo behaviour) why I’ve chosen to change history and rename the four albums that were released as Rikard Sjöblom (me) or Gungfly (also me) and rather join the two names together. It’s an effort to make things easier. When I recorded ‘Cyklonmannen’ in early 2003 I didn’t have a thought about a moniker because it was just me alone in a room doing that album so I did it under my own name. If we jump to 2016 and ask why on earth I decided to do an album as Rikard Sjöblom again after doing two Gungfly albums I can only say that I thought it was a wise choice because of Beardfish and Big Big Train, a band I had just joined (and still play with, unlike Beardfish), and the fact that people who knew these bands also knew my name, but they most likely didn’t know Gungfly. In the early-to-mid 2000’s I loved recording so much that I would very often lock myself in a rehearsal studio in an old gothic looking Sea Men’s Church that had been turned into a place called Musikhuset. I would stay through the night, go home, have breakfast and sometimes even start mixing straight away. In early December 2017 I returned my personal key to Musikhuset that I’d had since 2002. So, it feels quite fitting to be putting the final touches on this box set the same week that I returned the key to the very place where most of it was recorded and close the door on that chapter of my life.”

“Att För Barn Som Tror På Sagor Läsa Högt När Kvällen Kommer’ is a previously unreleased album that consists of ten tracks, all of them with Swedish lyrics. It’s quite a pop oriented album that we spent a lot of time recording and we’re really proud of it, just like all the others of course.”

Watch a video for the track “On and On” from ‘Please Be Quiet’ below: 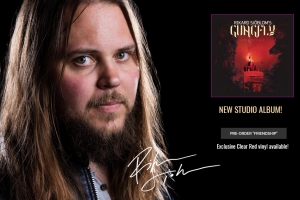 Earthlings! My new album ‘Friendship’ has been officially announced[...] 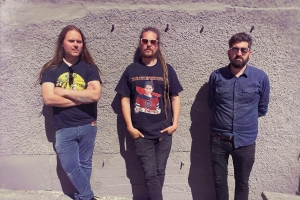 Earthlings! My new album "Alone Together" has been officially announced[...] 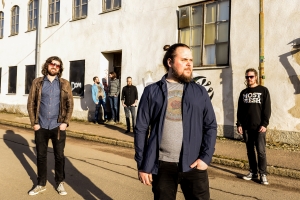 Rikard Sjoblom’s Gungfly have released an animated video for their[...]